Hello all, I'm closing the blog down. I have decided to just concentrate on the images rather than the chat that goes with it.

You will no doubt have noticed that I've not put anything on here for 4-5 months whereas I'm continually adding to the Smugmug site.

Doing the blog was great for the first few years but as time has progressed I find that I have less and less to say.

Thanks for your continued support over the years and I do hope you will check out the Smugmug site regularly.

It's been a while.

Hi folks, Sorry it's been a while but I have done very little photography due to other commitments and the very poor weather we've been having.

A trip to Slimbridge early this month was great and a few nice shots were had, then a brief stop in the FOD whilst Roxy got her hair cut got me a few more including a gadwall on Cannop Ponds. 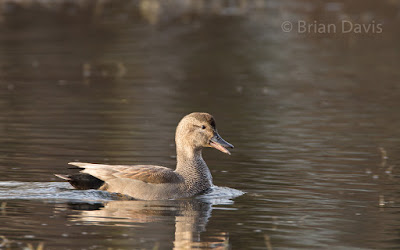 The Marsh Tits were feeding as were the usual Blue Tits. 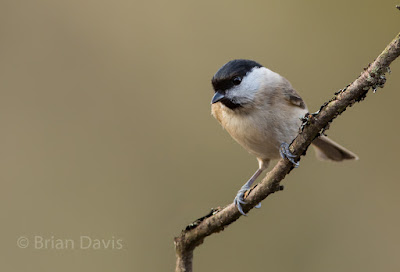 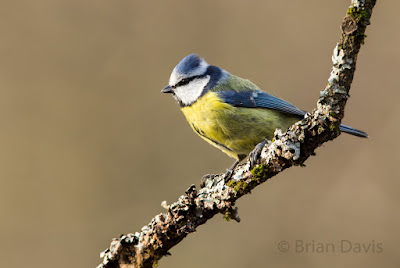 Slimbridge had been fun, been quite a while since I tried flight shots. I was quite happy with some of my efforts. 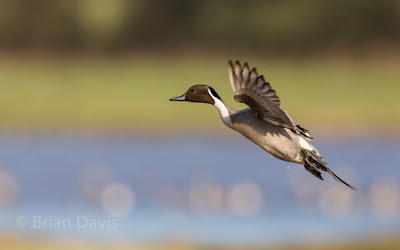 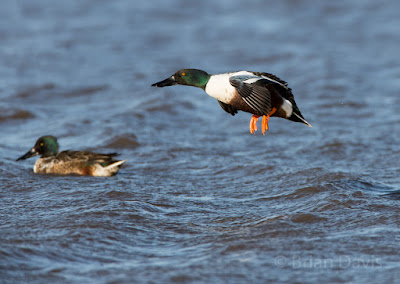 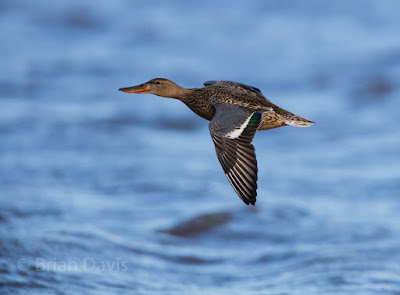 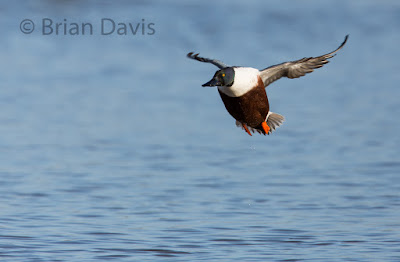 You can see more on my Smugmug site.
Posted by Brian J Davis at 22:07 No comments:

As luck would have it.

Well we have had a bit of an Indian Summer haven't we? Day after day of sunny weather with a fair few still days thrown in. But as luck would have it I have been almost completely unable to make hay whilst the sun shone due to a clumsy accident with my camera kit whilst out doing some macro work on the park near my house.

Whilst out on the park I saw a lady with two dogs coming towards me, I know that some dogs seem fascinated by my camera on its tripod, some bark at it, some sniff it some even try to cock their leg on it. Mostly whilst I've got a firm grip on it. These two dogs were two smallish terriers, so I thought I'd stand the tripod up and kneel down and stroke them, thus keeping them off the kit. however something went wrong, I don't know if I knocked the tripod or the ground was uneven but suddenly the tripod was laying flat on the ground slightly behind me. Worse still the flash unit was not on the camera.

Once the lady had gone and I'd spouted off a few silent expletives I went home to check the kit. The flash unit was clearly a right off, the hot shoe had broken into two pieces. but on the face of it other than the hot shoe housing on the camera being a tad wobbly, it didn't appear damaged.

Unfortunately though when I next used the camera with not only the macro lens but others I realised that all was not well. So an insurance claim it had to be. I'm with a company called Home Protect, but they are underwritten by Axa Ins, and once again despite claiming for my lens last year, I was not let down by them they agreed to repair the lens and camera and replace the flash unit at a total cost of £880 all bar a few pence. I got the camera back on the 7th Oct.

I was without a camera and very frustrated as my Hoverfly list wasn't getting any bigger and the end of insect time is fast approaching. I have purchased a Fuji finepix bridge camera to play with but, its only any good for standard photos.

Since getting the camera back I've been mostly tied up with Fungi. I now have over 60 confirmed types of fungus on my website. I have about as many again that I've not been able to positively identify, even with the help of the fantastic Jo Weightman who I've told you all about before from the Hereford Fungus Survey Group. Fungi identification is very hard when you get beyond the obvious species and as Jo says even the best photo and description of where it was taken can't beat having the specimen in hand. Jo has a fabulous knowledge of the subject and thankfully doesn't mind too much that I send her photos of what I've found after I've done my best at identifying what it is myself. Sometimes it's just a case of asking her for confirmation and then I'm really chuffed if I've got one right.

I finished the season off with  34 confirmed hoverfly species on my list. I also purchased a fabulous book written by Stuart Ball and Roger Morris, Britain's Hoverflies, a Field Guide, 2nd edition. Possibly the best 20 odd pounds that I've ever spent on a nature book, available from Amazon. Roger is a moderator/administrator on a Facebook group for Hoverfly enthusiasts. Again his knowledge of the subject is just fabulous. Check the group out.

I'm now desperate to get back to the birds. I'm trying to identify a spot where I can set up a feeding station, I've got permission to use a local wood but I'm after a nearby orchard, I have yet to see the owner and ask permission but he/she has sheep in there at the moment which I know from last year are not there all winter, so I'm just waiting my time for another week or two.

I also intend to re-join the WWT this year and make many visits to Slimbridge etc. I have a job, I don't start until early December, no it's not Father Xmas. I have to do some training  courses first. This will hopefully give me a bit of spare cash to finance the regular trips to Slimbridge.

Here's a small selection of the Fungi I've found recently, but for a more extensive list have a look at my website galleries, www.briandavis.smugmug.com 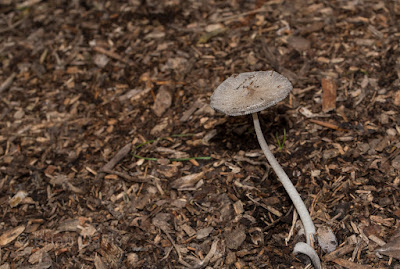 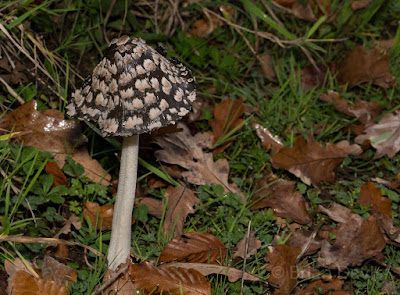 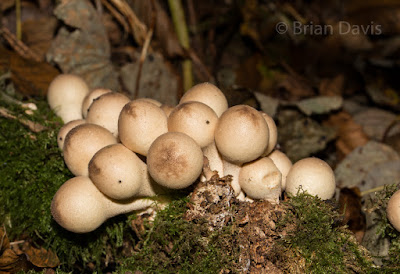 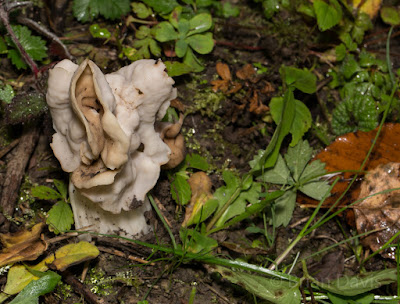 Looking forward to an Indian summer.

What a changeable month August has been. Very few sunny windless days and quite a few completely unworkable.

I have concentrated mostly on the small stuff. I have been doing a bit of a project on hoverflies. There are over 280 UK species of Hoverfly so I'm told and 40 are considered common. I have been trying to work up to 40 and have been quite successful, I'm up to 26 at the moment and again I'm told that September is a good month for hoverflies so I'm reasonably hopeful that I can increase on that number. You can see my results on my Smugmug website.

Whilst doing hoverflies I've also seen a number of other critters, wasps, bee's, beetles and the like so it's been a great time. I've also had a few butterflies. 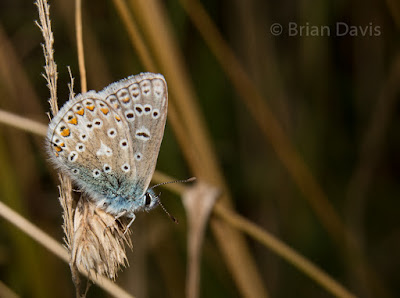 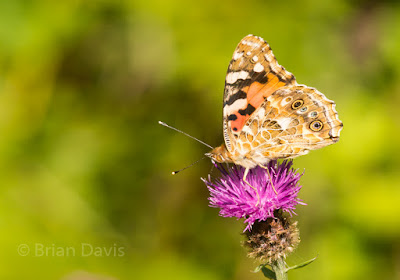 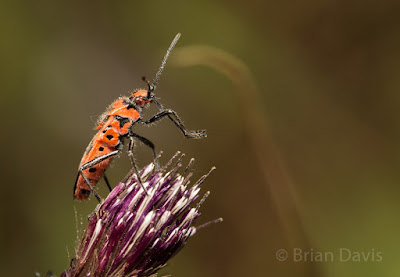 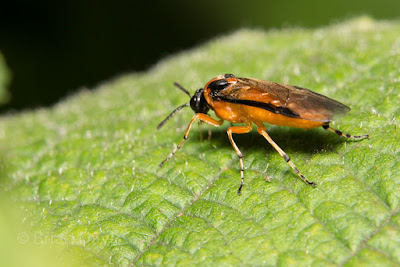 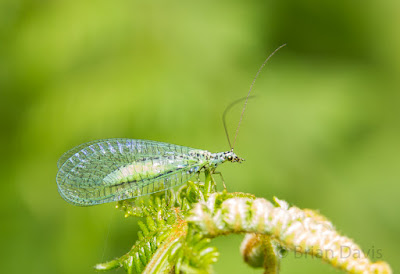 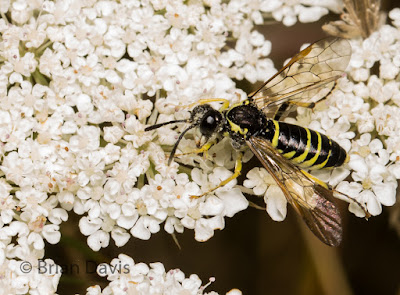 I have been amazed by some of the stuff I've seen, Stuff I've never seen before and didn't realise that was there if you just looked in the right places.

But unless we get the Indian summer I mentioned in the header for this post it will all to soon be over for another year and it will be back to fungi and then the birds.

The weather has not been bad at all has it? I can't believe it's been so long since my last post either, I've been a busy bee when the weather has allowed so that has been most of the time, but the one thing I've noticed is we seem to be getting a lot of gusty wind. Does make macro stuff difficult. However I've had some good stuff and have enjoyed the last few weeks on the whole.

Firstly, let me start with an answer to a question on my last post, the caterpillar with all the twigs on it was a Bagworm moth caterpillar. 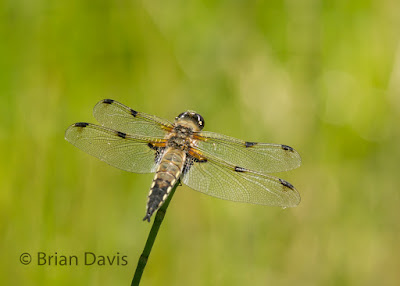 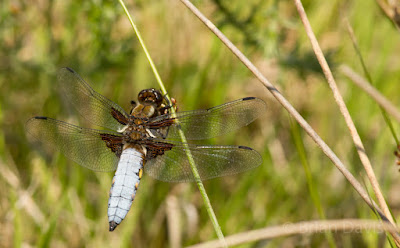 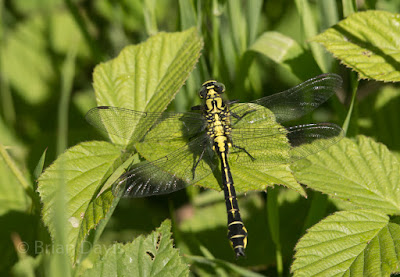 Four Spotted Chaser, Broad Bodied Chaser and Club Tailed Dragonfly were amongst the first. The Club Tailed I was particularly pleased with as I had never had them before. My grandson Kenzie helped me find them, he has really good eyesight and was able to see where they landed when we saw one drop from flight.

I spent a great 2 days down with Chris G in Devon, we had some really good views of 4 Spot, Broad Bodied, Black Tailed Skimmers, a female Emperor ovipositing, and my first ever Hairy dragonfly. 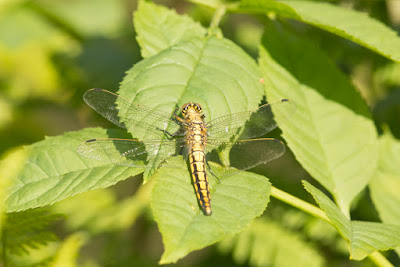 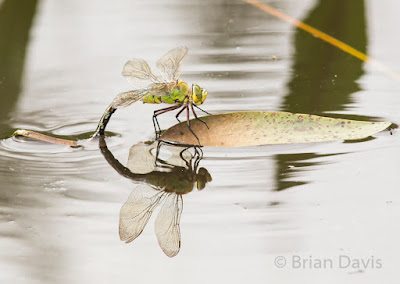 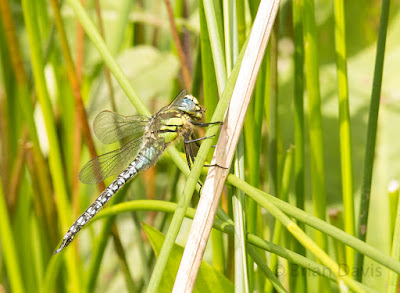 Chris put out his moth trap and although it was pretty disappointing we did get a beaut of a Poplar Hawk Moth. 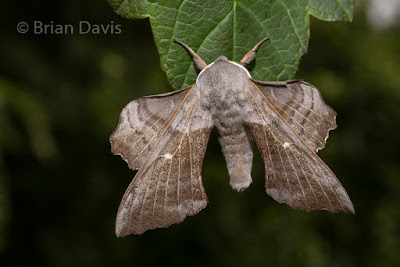 There have been lots of other small stuff to keep me happy, in fact I've been in my element this last few weeks, I really do like to get the small stuff.

The first is the larva of a 7 Spot Ladybird, the second is a Dagger Fly, it is genuinely hanging on with one leg whilst eating it's prey held in the others. This is allegedly common practice. 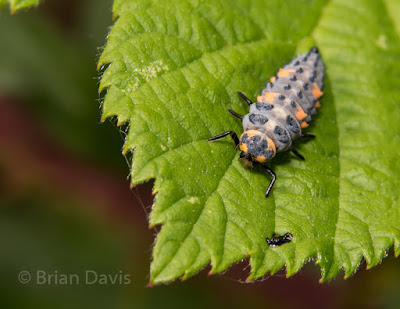 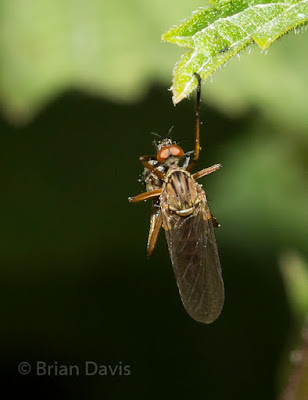 I'm hoping to get to Gloucestershire soon for some White Admirals so make sure you come back to see if I was successful.

LINKS- Other Sites of interest 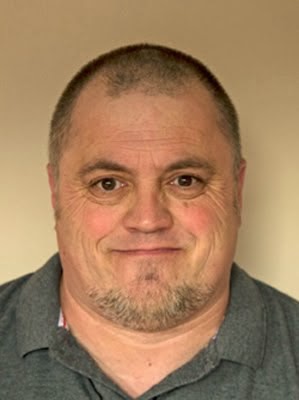